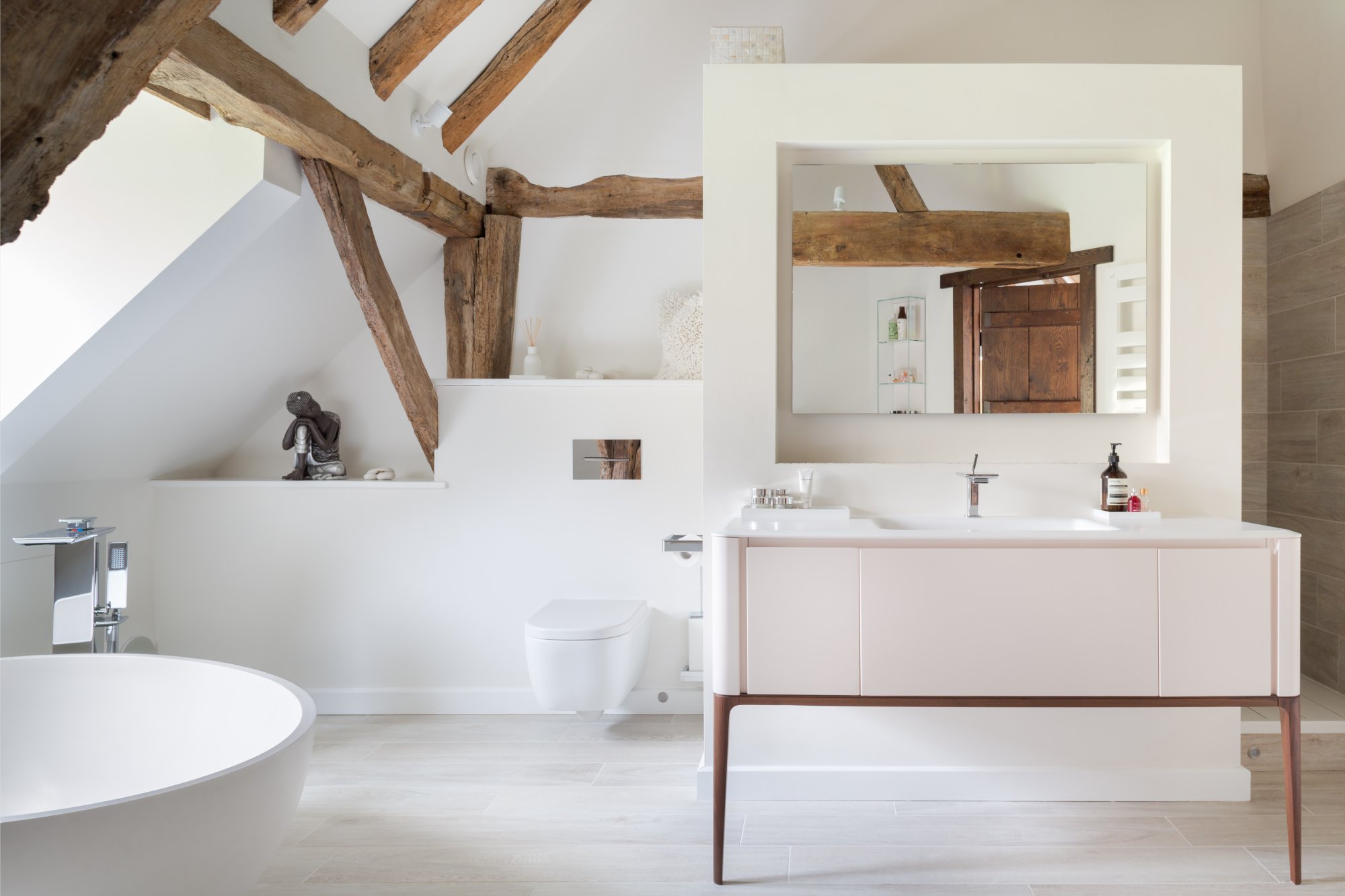 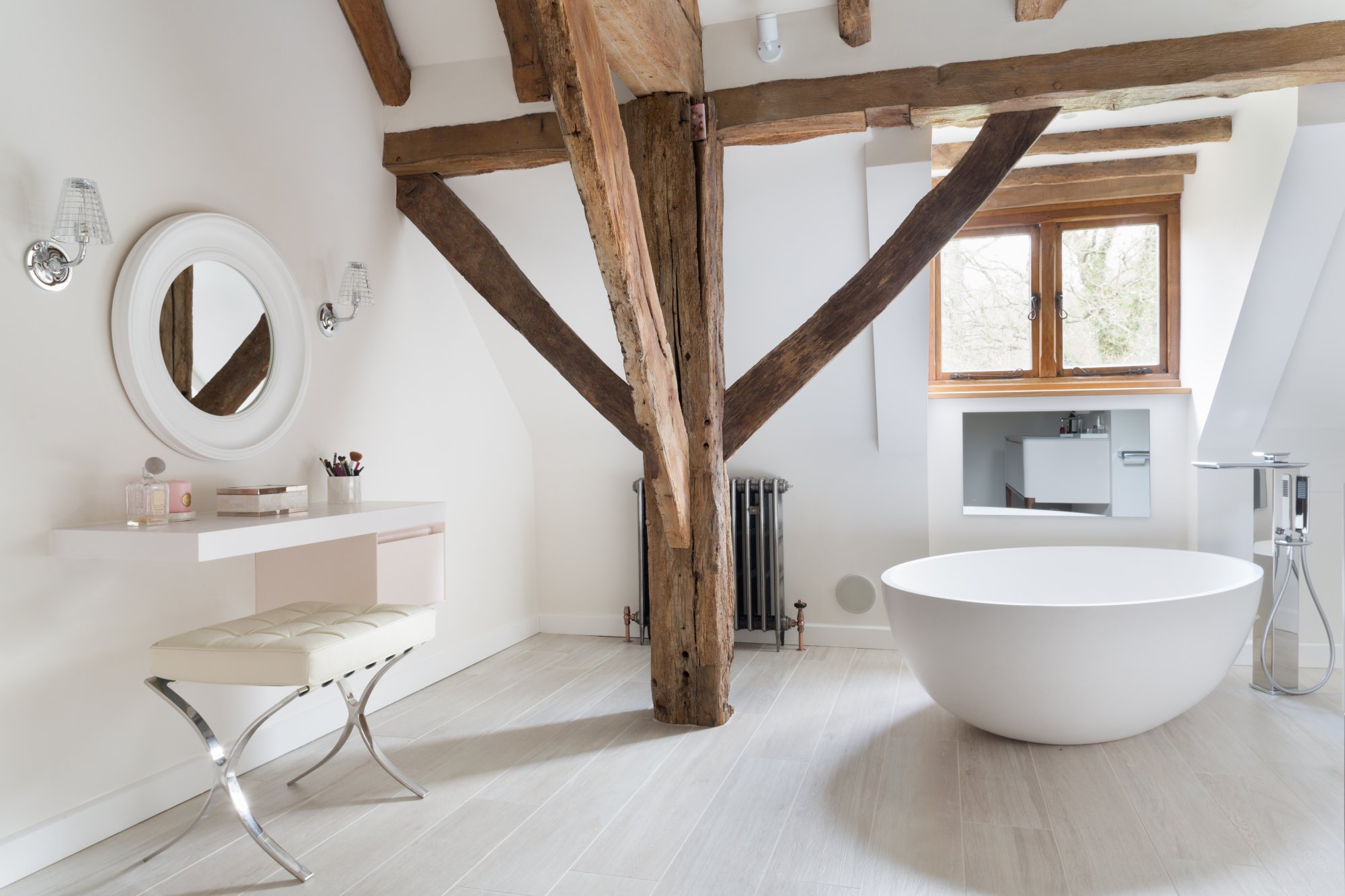 Designed for clients who were sympathetically restoring, reinvigorating and extending an old farmhouse. They were used to a Scandinavian lifestyle so wanted to merge the features of this exquisite farmhouse with the clean contemporary living they were used to. This bathroom was originally a spare bedroom, stud walls were created to enable more of the floor space in the centre of the room to be used, whilst also creating a private space for the shower and WC. By adding a stud wall, it also allows for the basin to become a prominent feature in the room, adding character and a sense of warmth and homeliness to a large former bedroom room.